What we think about California becoming the first state to require solar panels on almost all new homes. 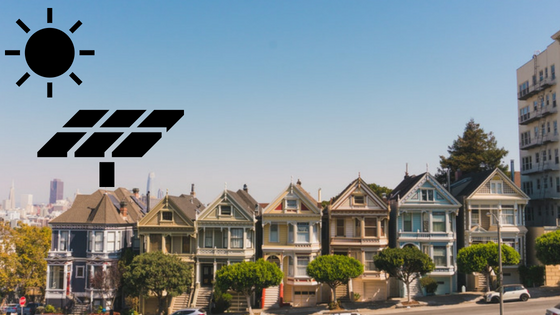 Last month, the California Energy Commission approved a measure that requires most single-family homes and multi-family residential buildings of three stories or less – such as condos and apartment complexes – to install solar panels. The rule goes into effect in 2020 and is estimated to lead to annual greenhouse gas reductions of 493 million pounds. That’s like taking 50,000 cars off the road each year.

The California mandate is the first of its kind in the nation. “This is a huge milestone for distributed solar,” said Mike O’Boyle, electricity policy manager for Energy Innovation, a San Francisco think tank. “This could ultimately drive down the price of rooftop solar by building expertise in the roofing and home construction industries, creating incentives for home builders to streamline their building and solar designs to minimize cost, resulting in a virtuous cycle.”

The mandate is only the latest pro-environmental measure from California. In 2015, the state developed new rules that slash residential energy use by 28 percent. Its auto emissions regulations are stricter than those of the EPA. And California’s renewable energy targets – which require the state to source at least 50 percent of its energy from wind, solar, and other renewable sources by 2030 – are among the most aggressive in the nation. Today, California meets about 16 percent of it energy needs through solar power; for the nation as a whole, that figure is less than two percent.

“California has been a leader in solar in the U.S. for a long time and it’s paid dividends both economically and to our environment here,” said Sean Gallagher, vice president of state affairs for the Solar Energy Industries Association, a trade group representing over 1,000 companies in the solar industry. “California is taking a step further basically recognizing that solar should be as commonplace as a front door welcoming you home.”

Critics complain that the mandate increases new housing costs by an average of over $10,000 at a time when the state is already struggling to provide affordable housing. But solar-powered homes will also enjoy more than $19,000 in energy savings over 30 years.

Even the California Building Industry Association – the state’s main homebuilding organization – supports the plan, with the caveat that they would have liked a later date of implementation. “[W]e would prefer that this had been put off for a few more years, but the fact is that the California Energy Commission has been working on this, with us, for the past 10 years,” the association’s technical director, Robert Raymer, said in a statement. “We know this is coming, we did everything we could to push down compliance costs and increase design flexibility.”

Moreover, houses with solar panels are worth more than homes without, especially in an environmentally friendly state like California, where some 20 percent of new homes are already built with solar panels. A 2013 study conducted by the U.S. Department of Energy’s Lawrence Berkeley National Laboratory (LBNL) found that each kilowatt of installed solar capacity adds $5,911 to a California home’s resale value. A subsequent study from the LBNL and Sandia National Laboratories found that the typical photovoltaic system adds a premium of $15,000 to a home’s value.

While implementing the rules might lead to some logistical challenges, if the mandate is seen as successful, it could serve as a model for similar rules in other states. New Jersey, Massachusetts, and Washington, D.C., for instance, have considered similar legislation in the past.

And at a time when America’s solar energy industry is struggling under the weight of tariffs, this mandate is exactly the sort of boost that the industry needs.