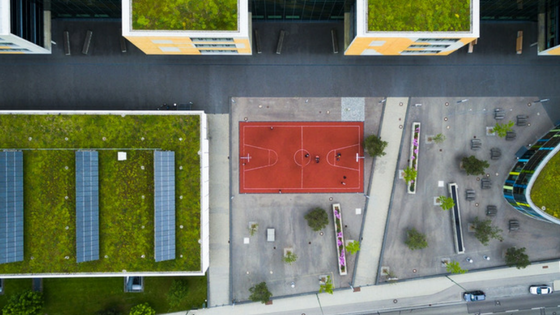 People are wondering how the newly imposed tariffs are going to affect solar energy trends for the rest of 2018. While they may have put a damper on the explosive growth that the solar industry has enjoyed for the last two years, that growth is expected to continue, even if at a somewhat lower rate.

Tesla Solar City previously held the record as the top U.S. solar installer, but 2018 has seen Sunrun become the new title-holder. The company reported that the number of their California customers who added home batteries to their solar systems for energy storage has grown to 20% . They expect to duplicate, if not surpass, the 15% growth they experienced in 2017 again this year.

Another new development is solar companies like Sunrun contracting with states to provide backup energy grid services. sources. Sunrun and other solar companies are currently bidding on a number of state requests for proposals (RFPs) to provide energy to existing utility grids. Contract awards are usually granted before the additional energy is actually needed, so the more contracts a company is able to land, the more future revenue streams they can count on to raise their company’s share prices as well as lower consumer energy prices.

One of the more positive changes in the industry in 2018 is some US utilities transforming coal power plants into solar farms. One reason that many hope this will become one of the solar energy trends this year is the huge cost of maintaining coal power plants.  A 2017 study conducted by the Tennessee Valley Authority found that it costs $3.5 million a year to maintain a small 22 acre coal ash lagoon. Maintaining a larger one of 350 acres can cost as much as $200 million–every year. In Massachusetts, Holyoke Gas and Electric has built a solar power plant on top of a capped coal ash pond. The Orlando Utilities Commission Energy Center in Florida has done the same. According to Tom McKittrick, CEO of Forsite Development, a company that specializes in finding profitable new uses for old energy installations, repurposing is also an opportunity to “bring jobs and investment to communities that have been hit hard.”

Community solar power continued to be the fastest-growing segment of the solar industry in the U.S. According to one report, that growth is due to the increase in community-scale solar projects for rural cooperatives in Colorado, New Mexico, and Texas. The Rocky Mountain Institute, (RMI) which authored the report, believes that the future of community solar may be worth as much as $30 billion. One reason for this belief is because it addresses the need for systems large enough to access low costs but small enough to connect into already existing efficient distribution systems. While Minnesota lead the nation in installation of community solar in 2017, New York and Maryland are expected to expand their community solar projects this year.

GTM Research, a clean technology analysis firm, expects the growth of the solar industry to be flat in 2018, but not due to tariffs, since many buyers preemptively purchased solar panels before they were enacted . They expect some projects to go forward, especially those in which state regulated power authorities guarantee a return on investment, such as North Carolina and Florida. However, the tariffs may have a negative impact on the growth of utility-scale solar markets in other states and in smaller markets.

One potentially negative solar energy trend in 2018 is the reduction or elimination of government incentives to go solar. Britain moved to end subsidies for solar and wind projects in 2017, which resulted in less investment in renewable energy sources. The Trump presidency has also seen a reduction in environmental protection legislation as well as a pullout from the Paris climate agreement. Until now, the growth of renewable energy sources has been somewhat dependent on governmental subsidies, and losing them will likely have an impact.

Antonio Guterres, the secretary general of the United Nations, believes that climate change is the biggest threat to the future of humanity. The good news is that developing economies aren’t as likely to make the mistake of becoming dependent on fossil fuels as those that have been developed using fossil fuels as one of their primary foundations. One report found that 63% of global investment in renewable energy in 2017 was made by countries with developing economies, a full 9% more than the previous year. Most trends still point to a more sustainable future for us all.