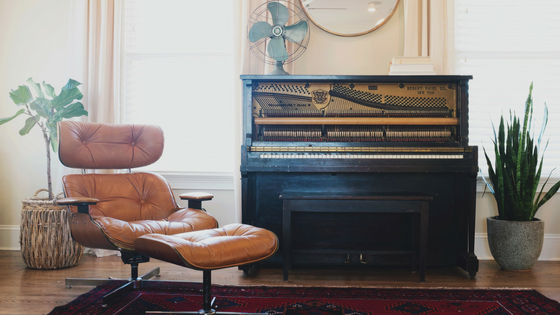 Using solar energy in your home is possible. Nowadays, with global concerns of high electricity costs and environmental degradation, renewable energy is looking like a much more attractive option to homeowners. More and more people want to leverage solar energy in a desperate attempt to save the planet and reduce their utility bill.

However, becoming a sustainable household by installing solar panels is a big cost and can empty out all your savings if you aren’t financially prepared. There may be other reasons why installing solar panels is difficult; people may be living in a rented apartment, don’t like the appearance of panels or just have a home that doesn’t get enough sun. Hence, it’s considered feasible that people look for other ways to leverage solar energy if doing so through solar panels seem difficult.

Using solar powered technology is the easiest way that you can make use of this renewable energy at home. To keep your home well-lit during the dark hours of the night, solar powered porch lights can give you some extra brightness without adding extra dollars to your bill. Whether it’s as small as a solar battery charger, or something on a bigger scale, such as a water heater, these inventions can help you save money on your electricity bill and give your home a sustainable vibe as well.

This new device can help you use solar energy no matter where you go because of its smart features and integration with an application. The port’s technology uses information on the internet to learn about your electricity intake that comes from the grid. Once this is determined, the app then purchases a thing called ‘Solar Microcredits’ automatically.

These microcredits are actually small parts of Solar Renewable Certificates, except they’re transformed into fractions that are small enough to let you pay for little electrical consumption. The entire system makes use of the Internet of things so that users can make the switch from grid-based electricity to renewable energy without making the lifetime commitment of installing panels or paying the large initial cost that accompanies it.

You can take it to school or even a coffee shop and connect it to an electrical outlet to use your solar microcredits. Even though it isn’t developed to power up your house but just a few devices, you can’t argue that it’s a step in the right direction if you want to leverage solar energy.

Get Solar Energy From a Solar Garden

This is for those adamant homeowners who want to go solar, even if they don’t have a home that can support such a possibility. Usually, people who opt to lease or buy solar panels in a solar garden live in apartments where they don’t have the control that allows them to install solar panels on the roof. Many housing societies prohibit the installation as it interferes with the aesthetic sense of the surrounding area as well.

In other cases, these people live in an area that doesn’t get enough sun so installing their own panels wouldn’t be worth the cost, or their roof isn’t in the best condition to hold new technology. In these cases, people can purchase a number of panels from a solar garden and share the electricity with other homeowners in a similar predicament.

All these ways to leverage solar energy in your home are the next best thing to getting real panels installed on your roof. It’s okay if you’re saving up for that day when it’s feasible for you but there’s no harm in making the most of the opportunities that surround you, during the process.