Why Solar Energy Is The Best Investment For Your Family 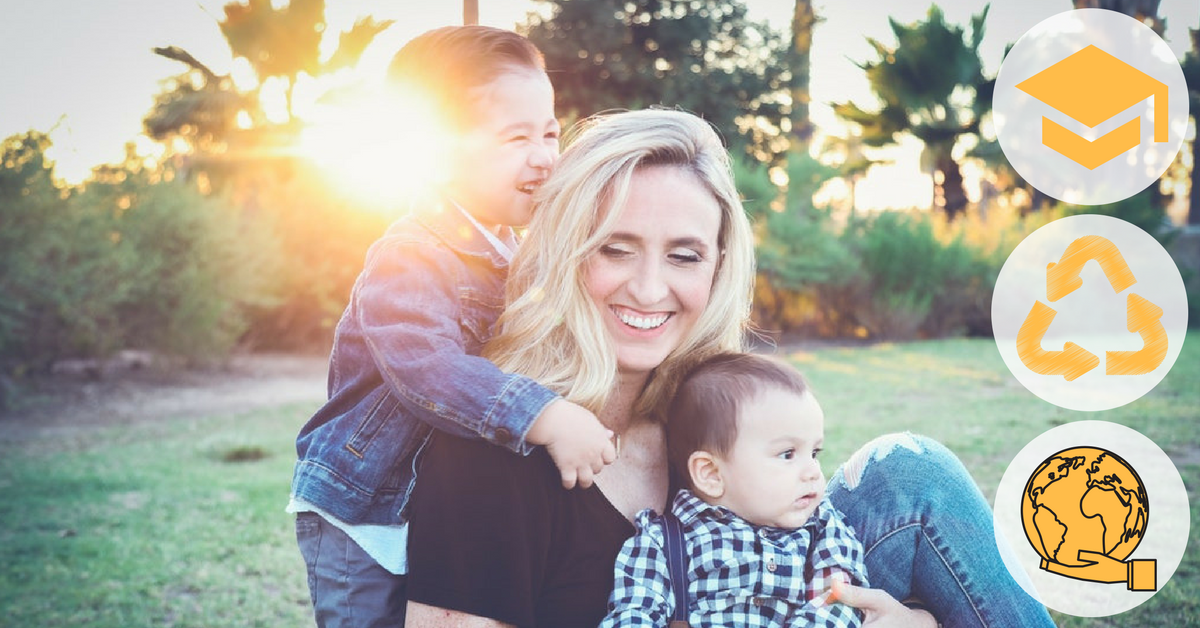 There are a lot of good reasons for investing in solar energy for your home.   Many of those reasons will directly benefit your own family.  It will lower your monthly energy bills, leaving you more money to spend on enjoyable activities that bring families closer together. Encouraging active participation in making family decisions and achieving family goals is one of the best ways to do just that.

Setting and achieving short-term goals towards the long-term goal of energy independence can itself become an enjoyable family activity. Each family member can contribute to that goal, even if it’s only being willing to give up a Saturday trip to the ice cream parlor and make banana splits at home instead.

Ironically, low-income families stand to save the most by transitioning to solar power.  One reason for that is that energy costs consume a disproportionately larger share of earnings for low-income families. For example, a $200 monthly energy bill represents 10% of total income for someone earning $24,000 per year.

For someone earning $48,000 per year, the same $200 monthly energy bill represents only 5% of total income.  In addition to paying less of their total income for energy costs, in many places, families with solar energy can also earn money by selling extra energy back to the utility.

There’s another important reason low-income families benefit more by switching to solar energy.  The highest-priced real estate is located far away from power plants and manufacturing.  Low-income communities are far more likely to be negatively affected by pollution from fossil fuel power plants.

Some of those negative effects include higher rates of asthma as well as other illnesses.  Increasing your family’s level of health also means reducing health care costs.  Fortunately, there are a number of government programs and non-profit organizations that can help with some of the most common barriers families face on the path to energy independence.

We’ve all heard, and many are coming to believe, the old adage that it takes a village to raise a child.  Families are often only as strong as the communities they are a part of, and investing in solar energy strengthens local communities.

That’s why community solar projects are becoming more popular–and more successful, than ever.  One example is a project in Minnesota, which just this month, achieved a staggering 271 megawatts of operational capacity, which translates into monthly savings for 4,900 residential customers.  That’s in addition to the savings enjoyed by commercial customers, which often result in money to create new jobs.

One of the greatest benefits for local communities about solar-related jobs is that they cannot be outsourced.  It just isn’t possible to assign solar panel installation to someone working in a call center in India.  These jobs require training and skill, and are therefore higher-paying than many jobs within the fossil fuel industry.

Besides providing jobs and strengthening local economies, the solar power industry benefits the local environment.  It is estimated that one solar panel system eliminates three to four tons of carbon emissions every year, roughly the equivalent of planting 100 trees.

Global warming caused by fossil fuel emissions is increasing the number of natural disasters worldwide. New technology always creates social change.  Not all of those changes have been positive.  The challenge has always been to maximize the positive capabilities of technology while minimizing the negative side effects.

There are those who still remember the first family on their block to have a T.V. set in their home. That’s because those that family became the most popular in the neighborhood, as other families often depended on them for local news and entertainment.  Similarly, in the case of an emergency, the neighborhood will depend on those whose power source is off the grid.

When Hurricane Maria devastated Puerto Rico last year, more than half of the island was still without power a month later.  That means that residents were unable to access the internet to request assistance or coordinate rescue efforts.

Fortunately, Tesla, a solar power company, donated solar panels and batteries that was able to power a children’s hospital in San Juan, saving lives. National Public Radio reported that the project was so successful that it is expected to become permanent.

However, even with both government and corporate aid, many lives were lost, and many people are still enduring severe hardships from the continued lack of power.  Even simple things, like refrigerating food to avoid spoilage and potential food poisoning, things most of us take for granted, have become impossible.

From keeping in touch with loved ones to coordinating life-saving disaster relief efforts, the internet demonstrates the degree to which we are all interconnected– and depend upon that interconnectedness for our very survival.

Investing in solar energy doesn’t just benefit you and your immediate family–it helps expand the very definition of family to include members of the surrounding community.  Over time, as more people begin investing in solar energy and learn to depend more on themselves and each other, rather than government and corporations, it will continue to expand until it includes all the members of our human family.