Money, Power, and Influence: Inside the Fossil Fuel Industry’s Attempts to Undermine Solar Energy in the US 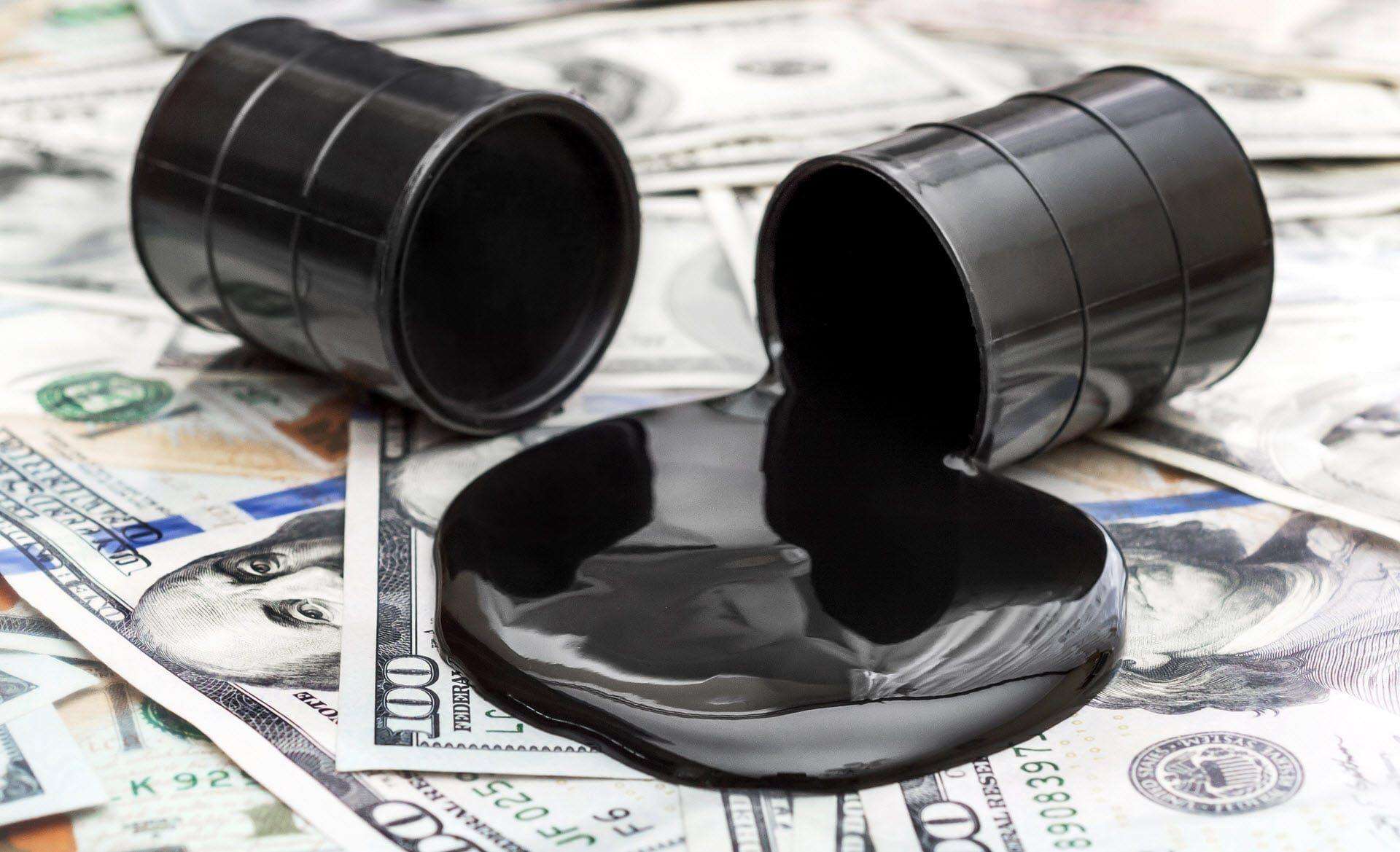 Renewable energy is wildly popular. More than 80 cities, five counties, and two states have committed to 100 percent renewable energy. Over 150 private companies have done the same. According to a 2016 Pew Research Center Poll, 89 percent of Americans favor expanding solar power in the U.S.

But despite the growing demand for solar, wind, and other clean energy sources, less than 20 percent of American electricity is produced by renewables. Solar energy production, in particular, lags badly behind other renewable sources. In 2018, solar constituted just 1.6 percent of U.S. energy production, far below wind’s 6.6 percent and hydropower’s 7 percent.

Critics have long suggested that the high cost of installing solar panels – either at the residential or utility level – precludes it from widespread adoption. The rapid decline in the cost of solar panels and cells over the past few decades, however, belies such a claim. In a recent study, nonpartisan think tank Energy Innovation found that the cost of wind and solar have fallen so fast that 74 percent of U.S. coal plants could be replaced with those renewable sources and still save customers money. By 2025, that figure could exceed 85 percent.

But projections for the actual rate of expansion of renewables in the near term is far lower. The Energy Information Administration estimates that in 2025, renewables will supply a paltry 23 percent of U.S. energy.

Who Are These Groups?

In a 2017 report, Environment America, an energy and environmental nonprofit, profiled 20 groups backed by the fossil fuel industry and by electric utilities leading the fight against solar power in the U.S. They include:

Two of these groups, ALEC and Americans for Prosperity, deserve additional scrutiny.

The American Legislative Exchange Council (ALEC) is a shadowy group that connects conservative legislators with corporate lobbyists who push for industry-friendly laws. In a 2013 survey of ALEC’s model legislation, the Brookings Institution found that almost 25 percent of the group’s bills were about energy, agriculture, or the environment, and that ALEC legislation was more likely than other bills to pass. These bills included language: 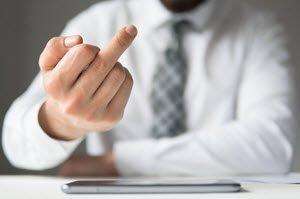 Billionaire brothers Charles and David Koch own Koch Industries, the second-largest privately held company in the U.S. and a leader in the petrochemical and oil refinery industries. The brothers also run a network of nonprofits and lobbying groups aimed at promoting industry-friendly policies, including Americans for Prosperity (AFP), which has earned a reputation as one of the most influential American political organizations.

How Do These Groups Stymie the Growth of Solar Energy?

Fossil fuel industry groups engage in a variety of political and public relations actions to slow or prevent the adoption of solar energy around the country. These actions include:

One of the most virulent policy goals of the fossil fuel industry is its attempt to end net metering. Net metering is an arrangement in which solar homeowners who produce more energy than they consume can sell the excess back to their local electric utility at market value. The energy these homeowners send to the grid and the energy they receive from it tend to balance one another out. As a result, solar homeowners under a net metering regime tend to enjoy tremendous savings on their energy bills, often owing little or nothing to their electric utility at month’s end.

The fossil fuel industry and the politicians in its pocket argue that’s unfair, and that net metering should therefore be disallowed. Maine Governor Paul LePage, for instance, vetoed a 2017 bill that would have preserved net metering in his state, arguing that the practice “subsidizes the cost of solar panels at the expense of the elderly and poor who can least afford it.”

But that argument falls flat when weighed against the good that net metering and solar panel installations offer. The Brookings Institution conducted a metareview of net metering policies in  2016 and found that the benefits – including cleaner air, reduced water use, and a reduction in greenhouse gas emissions – far outweigh the costs.

Still, the industry continues to push for an end to net metering, and often succeeds – with devastating results. When Nevada curtailed its net metering program in 2015, for instance, solar installations dropped by 92 percent in the first quarter of 2016.

Dirty Money: The Power of the Fossil Fuel Industry 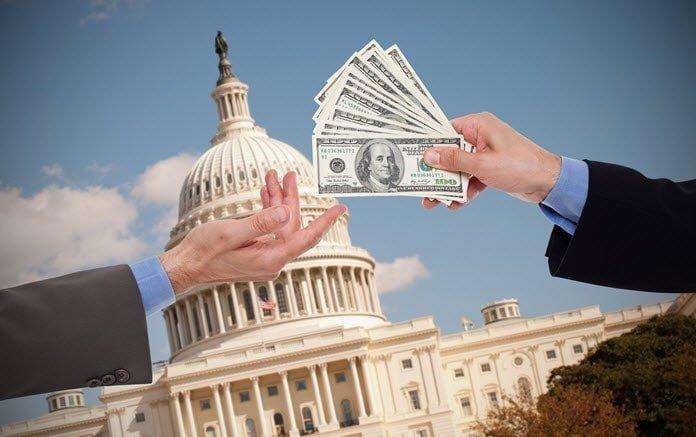 The heart of the problem is the disproportionate power of money in the U.S. political system. Most other Western nations have strict limits on the amount of money individuals and corporations can donate and on how much candidates can spend. And many countries forbid candidates and supporters from buying political ads on TV and radio.

But in the U.S., where spending money is legally considered a form of free speech, political spending has ticked upward for several decades. “In 2016,” the New York Times’ Celestine Bohlen found, “candidates running for federal office spent a record $6.4 billion on their campaigns, while lobbyists spent $3.15 billion to influence the government in Washington. Both sums are twice that of 2000 levels.”

Oil and gas companies are taking full advantage of the country’s lax political donation and advertising laws. Since the industry is worth a whopping $4.65 trillion worldwide, spending millions each election cycle is easy. The global solar industry, by contrast, while itself an important economic driver, is valued at just $422 billion – or rather, it will be in 2022.

With such disproportionate access to money, it’s no wonder that the fossil fuel industry continues to dominate the global and national energy mix. Its political donations and deceptive messaging strategies buy it power and influence that the solar energy industry – and, indeed, the renewable energy industry more broadly – cannot match:

And the country, unfortunately, is moving backwards. In 2016, the G7 countries agreed to eliminate fossil fuel subsidies by 2025. While most of the G7 countries have made concrete steps toward that goal, the Trump administration has doubled down on coal and oil subsidies both domestically and abroad. The 2017 tax reform bill repealed some low-value subsidies for fossil fuel production, but enacted new tax provisions that disproportionately favor oil and gas interests. And internationally, the Trump administration has encouraged fossil fuel production and consumption through institutions like the World Bank and the African Development Bank. As a result, in a 2018 study that measured G7 nations based on their efforts to end fossil fuel production, the U.S. ranked last “due to continued support for exploration and production, and backtracking on previous pledges.”

What Is To Be Done? 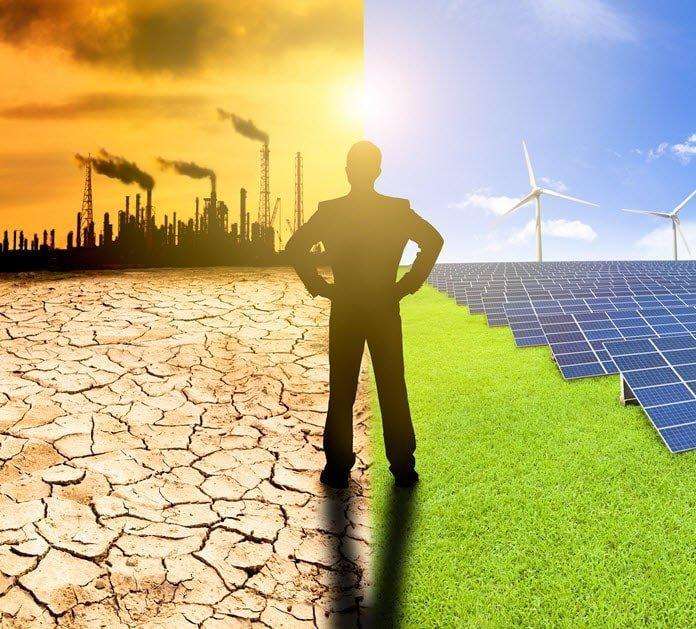 It’s time to end the unfair subsidies, tax breaks, and loopholes enjoyed by the fossil fuel industry. If the solar industry received the same level of support as the fossil fuel industry, the country would long ago have transitioned to solar energy. Overcoming the power and money wielded by the oil, gas, and coal lobbies will be tough, but not impossible. How can you help move the country forward?