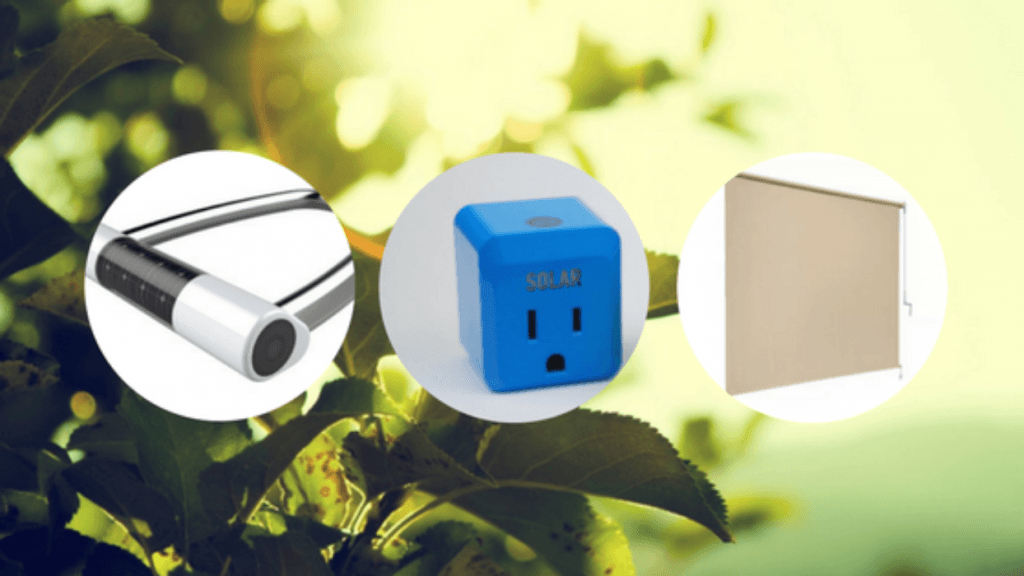 Crowdfunding is one of the most important new developments in recent years. Websites like gofundme.com and kickstarter.com now make it possible for anyone with great ideas on solar gadgets to find investors and turn it to reality. Investors don’t have to be wealthy anymore, either. Crowdfunding makes it possible to invest even a few dollars.

Besides accelerating technological development, crowdfunding is also changing the way people invest. With lower risk, people are more willing to invest in ideas that can positively change the world, even if it means a smaller return on their investment.  They have realized that sustainable energy is more important—and valuable—than money.

Here are some cool solar gadgets that crowdfunding has made possible.

Skylock solar-powered bike lock was designed by a team that includes Jack Al-Kahwati, a former engineer for Boeing. He said, “We wanted to take on the challenge of bringing cycling into the future.” We think they succeeded.

Skylock, which has a rechargeable solar-powered battery, has some amazing capabilities.

In conjunction with a smartphone app, users can use their phones to lock and unlock their bikes with the gadget. They can also add other users and receive theft alerts if their bike is handled. It works with both Bluetooth and Wi-Fi. Amazingly enough, if Skylock’s built-in accelerometer senses a severe impact, it can alert emergency responders.

So many people believed in the value of this product that the project surpassed its original fund-raising goal.

SunPort is a gadget that requires you to plug it into an electrical outlet, and then connect your appliance into it.  It then tracks the energy it uses and upgrades it to solar power using renewable energy certificates.

Not many people know about these certificates, even though they’ve been around for years.  A certificate gets produced for every megawatt-hour of solar energy that goes into the national power grid.  People can then buy certificates through their local utility.  However, each one represents more power than a typical individual uses in a month. That’s why they are purchased more often by commercial enterprises.

SunPort works with ReChoice, a non-profit that breaks the certificates down into smaller units called sun joules that individuals can purchase more easily.   Each of the units that you use through SunPort applies a solar credit to your power bill.  This gadget is also an excellent way to increase the demand for solar power.

It’s designer, engineer Paul Droege, is excited that using it “hastens the time until we actually have a dominant renewable energy grid, instead of the grid we’ve got today that’s about seven eighths non-renewable.”

An added benefit is that for every dollar ReChoice spends buying solar certificates, it donates a matching dollar to an endowment program that contributes towards installing solar panels.  SunPort pays for the certification process for the first year of use, and after that, it’s just $20 per year to demand solar! 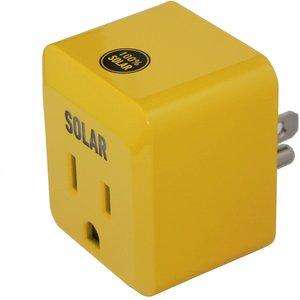 Another remarkable invention made possible by crowdfunding is solar window blinds! These blinds, which come in white, silver, and black, automatically track the sun and use it to generate solar energy while providing shade and privacy for your home.

The installation kit comes with an app that plugs into your home grid, making it possible to either control your blinds with your smartphone or have Google Home or Amazon Alexa do it for you.

Crowdfunding has proven to be an effective way of supporting the development of solar energy gadgets that minimizes the need for traditional harmful fuels. This can be seen through the funding and development of Skylock solar-powered bike lock, SunPort, and solar window blinds. The best feature of all these solar gadgets is that they make life healthier and more fun while respecting the planet that we all call home.