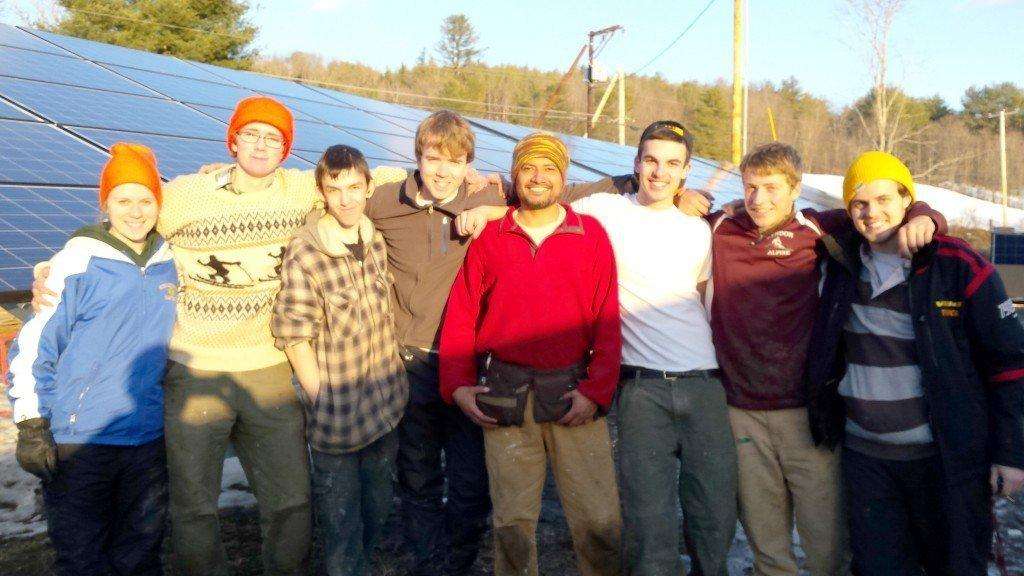 People banding together to fund a solar project is an increasingly popular way of accessing clean energy. But it can either be an exclusive project or an inclusive way to spread the benefits of clean energy. It depends how it’s structured…

When you think of home solar power, you probably imagine a house with solar panels on its roof. But many people aren’t able to access that kind of solar power: maybe they don’t control their roofs, maybe it’s too shady for panels to be effective. Community solar is a solution to this problem: it allows a group of people to subscribe to a larger solar array installed by a provider on a piece of land or property. Every subscriber receives the benefits of solar–namely, a lower energy bill–without the hassle of having to manage the system themselves.

Community solar has grown in popularity in the past several years, nearly quadrupling in capacity since 2016 and generating enough electricity to power around 266,000 households. But despite the feel-good sense around community solar–who doesn’t like the idea of groups of people uniting to collectively support clean energy?–that rhetoric, and the growth its brought about, has largely failed to reach the group that most stands to benefit from solar: low-income communities.