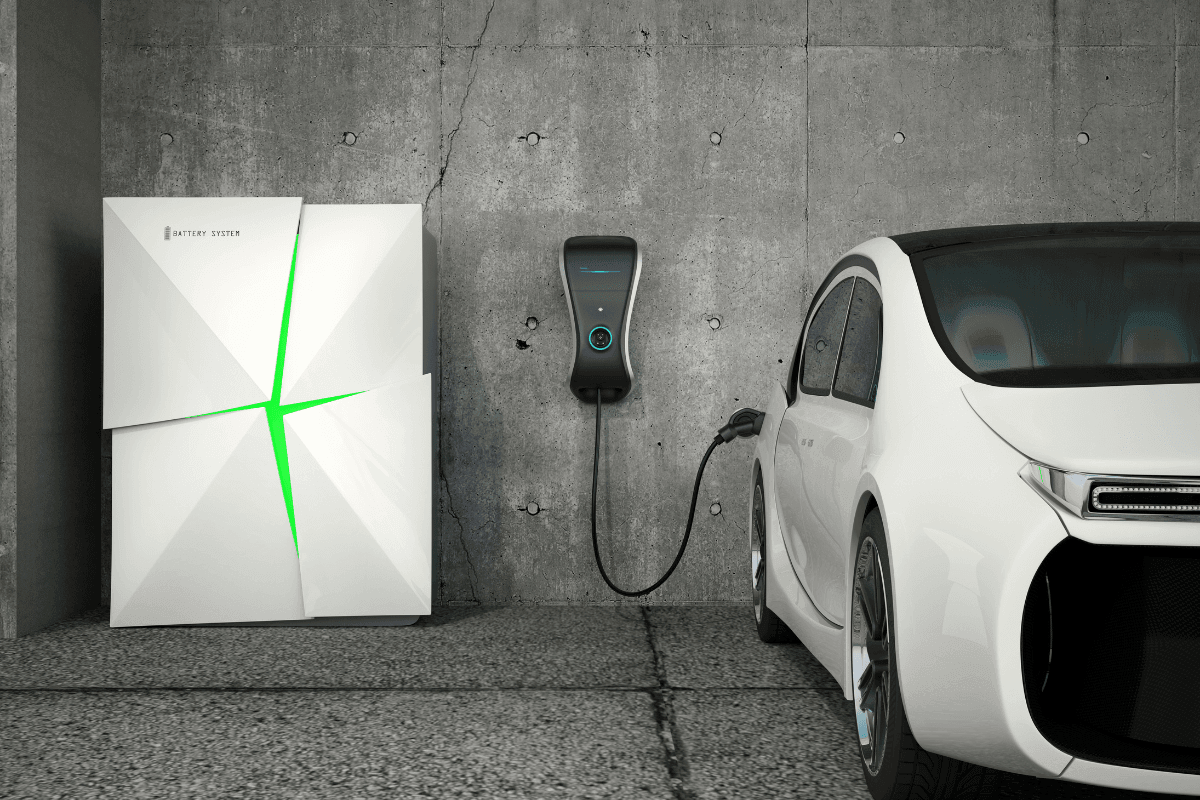 If I asked you to mention one of the ingenious and most innovative home battery storage technology companies in the past ten years, chances are Tesla would be among the first to come to mind. Nobody can deny the power that Tesla has in swaying thousands of people into making orders and waiting for months before delivery.

And a fact that continues to amaze people is that Tesla isn’t the first to make storage solutions; energy storage technology has actually been around for decades. Lead-acid batteries have played a major role in getting people completely off-grid—but at a high cost.

However, the hype and fanfare around the Tesla Powerwall have made it hard for people to imagine this could be the case.

Why does Tesla get so much influence over the solar storage market?

In our humble opinion, much of the hype around the Powerwall stems from Tesla’s brilliant marketing and branding efforts—they are certainly the tech icon Apple of the residential battery storage space.

Many people have been caught up in the Tesla hype and forgotten that there are other reliable home energy storage alternatives to the Powerwall.

So, which brand stacks up to Tesla’s Powerwall? We consider Sonnen Eco, LG Chem, and The Panasonic EverVolt Home Battery System the top Tesla Powerwall alternatives on the solar storage market.

But before we delve further into what they are made of, let’s first look at the Tesla Powerwall.

Ranked the battery backup systems leader today, the Tesla Powerwall is one of the most innovative brands and an incredible solution poised to transition the globe to sustainable energy sources in line with Tesla’s vision.

The Tesla Powerwall features an impressive smart technology of bells and whistles that detect power outages, while instantly and automatically switching to backup battery power not to mention the battery’s full integration with its intuitive smartphone app..

Tesla’s Powerwall also boasts a sleek appearance and a highly efficient; high-capacity power bank that can power an entire home or business.

Whether you need a Powerwall to act as a power bank for your solar panels, or need it to store electricity from the grid during off-peak hours when it’s cheaper and cut your power bills, the rechargeable Tesla Powerwall is an amazing backup system.

Buyers can install up to 10 Powerwalls to efficiently power their homes and enjoy stored energy while off-grid. It’s recommended that the Tesla Powerwall be paired by a solar panel system.

So, what is Tesla’s catch?

No doubt, everything about the well-built Tesla home power bank is awesome, but there’s one major problem—Tesla solutions can cost you an arm and a leg!

Thankfully, with the less expensive Tesla Powerwall alternatives below, you can still reap all the benefits of off-grid energy without blowing your budget on a power storage system.

As our #1 Tesla Powerwall alternative, the Eco manufactured by a German Engineering and American Ingenuity Sonnen, stands tall as an intelligent and fully integrated energy storage system that includes a built-in inverter and a unique smart energy management app. The Eco is designed to store excess solar energy for use later when needed most.

Sonnen designed the Eco to a reasonable size that can conveniently be paired with residential solar systems. Considering that most home power storage systems are quite bulky, the Eco is suitable for meeting a home’s energy needs while retaining its compact exterior.

As a high-capacity power bank, Sonnen’s Eco provides several grid-tied functions including a time-of-use management system that ensures that electricity imported from the main power grid is stored during off-peak hours, enabling homeowners to save on their electricity bills.

The Eco also automatically reserves adequate backup power for use as an emergency power supply in case of extended blackouts.

While the Eco seems like an all-in-one package compared to the LG Chem, RESU, it’s more costly but definitely less expensive than the Tesla Powerwall even though it lies within the same ballpark.

When it comes to choosing between the Tesla Powerwall and the Sonnen Eco, it comes down to your personal preference but in most cases, buyers are drawn to the Powerwall due to its sleek appearance and the Tesla brand. Given that products manufactured in Germany are reputed for high quality and durability, the Sonnen Eco is often a preferred alternative to Tesla’s Powerwall for customers.

You can’t mention Tesla Powerwall’s alternatives without mentioning the LG Chem RESU. LG is one of the significantly matured brands that give Tesla a run for its money. Ranked one of the biggest lithium-ion battery manufacturers in the world, it’s not surprising that they are making an impact in the home solar energy storage market.

The LG Chem RESU storage solution is generally a large-scale focused DC-coupled residential energy storage system featuring two configurations—the 48V and 400V. When you need to power an entire home, you may have to consider the higher voltage option—the 400V system.

Moderate Cost for a DC-Coupled Battery
Since the Chem RESU is a DC-coupled battery system; it has to be paired with a more compatible inverter.

Whether generating power via solar panels or wind turbines, the electricity received will have to be converted from DC energy to AC energy, exactly what your home runs on.

The majority of appliances used at home need AC power, hence it’s regrettable that the LG Chem doesn’t have an in-built inverter and this is probably one of the reasons why it’s significantly cheaper when compared to the Tesla Powerwall.

And even when purchased alongside a high-quality hybrid inverter or a more robust multi-mode inverter, LG’s Chem RESU remains substantially low-priced than the Tesla Powerwall.

Considering its battery life and power rating, the Chem RESU batteries utilize lithium MNC pouch cells, the same as those used in the Powerwall. Ideally, the two storage batteries feature similar performance characteristics and closely related in terms of the battery’s expected lifespan.

LG Chem boasts the largest share in the global ABS market. ABS refers to a highly functional plastic renowned for good resistance to impact and heat. In addition, it’s extremely processable and comes in different colors, and utilized in various fields including IT equipment, home appliances and car toys.

As one of the known alternatives to Tesla’s Powerwall 2.0, the LG Chem RESU has become a viable option for most households with a basic off-grid electricity system.

Even though purchasing an inverter separately is cumbersome for buyers, it’s a worthwhile alternative considering LG’s lower price tag. Keep in mind that their prices exclude installation costs as all LG products must be installed professionally.

Manufactured by Panasonic, the EverVolt is the first residential battery storage system designed with both the AC and DC-coupled configurations.

In essence, the home battery system can function as both a power bank for a solar PV system and a backup power resource during blackouts. Consumers also save money when they draw power from the grid during off-peak hours only; hence the affordable energy can be stored and used by the homeowner when it’s needed most.

Besides storing surplus solar energy, the EverVolt can also sell the excess energy back to the grid. Homeowners living in states that provide green-energy incentives can actually earn from selling energy back to the main grid. In fact, many utility companies pay homeowners for surplus electricity exported to their grid or provide them with rebates to offset their utility bills.

Panasonic designed their EverVolt with the end-user in mind. This alternative to the Tesla Powerwall is very user-friendly and easy to integrate with any residential solar system. Its installation is fast and can be completed by anyone.

What’s more, the EverVolt is fully compatible with the company’s companion app which allows users to control their EverVolt system through their smartphone.

Users can also use the application to access real-time power usage data and monitor the performance of their solar energy system.

The EverVolt resembles the Tesla Powerwall in this regard. Despite each of the apps having its pros and cons, the ability to closely monitor your residential battery system from any place with internet connectivity spells convenience.

Just like Sonnen’s Eco, the cost of Panasonic EverVolt is much higher than that of the LG Chem RESU. This is likely because the EverVolt system comes complete and provides users with additional features. However, this doesn’t mean there’s less of a cost difference between it and Tesla’s Powerwall.

So what makes the Panasonic EverVolt stand out?

Its industry-leading, 10-year full product and performance warranty is simply unmatched. If reliability is more important to you, selecting a solution that carries strong backing from its producer is obviously a smart decision.

Are you looking for a much cheaper Tesla Powerwall alternative besides the 3 options listed above? Visit our smart consumers’ solar resource for more information on the best solar installation companies, cheaper solar storage solutions and the latest news on the Tesla Powerwall review, cost and specs.